We landed in Boston arounf 12 PM and picked up a rental car.  Our ferry to Nantucket was leaving at 7 PM and it was about a 2 hour drive down in traffic so we decided to prioritize.  We picked 2 places to see in Boston before heading down - Harvard & the Cheers Bar (the Bull & Finch).  We tried to hit Cheers on the way, but we thought we could outsmart our map and ended up in Cambridge first.  I was very excited about Cambridge for 1 reason and it wasn't Harvard.  I'm a huge fan of NPR's car talk which started in Cambridge and who's mailing address is in Harvard Square.  So I decided to find it and did, well sorta.  In Cambridge Square, there's a building with a second floor window with lettering which reads "Dewey, Cheetham & Howe".  That's the production office for the show.  So I got my picture there and we moved on.  It's the little things. 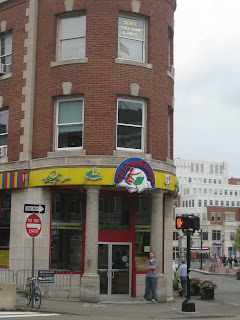 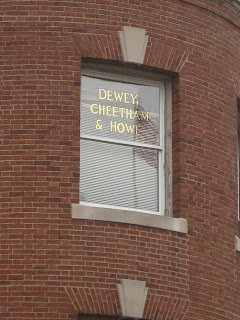 We walked through the Harvard campus and I felt more liberal with each step.  Actually it was a lot less impressive than I thought.  It was nice, just not as big and prestigious as it comes across.  While in town we decided to have lunch. We happened to walk by place and I saw the burgers coming out to the patrons on the outside dining area and decided we needed to stop.  It's a place called Mr. Bartley's.  The burgers were $10 but worth it.  They were fantastic.  They all had clever names and the place was packed.  They set up a table within 1 ft of another table.  Seated there were these 2 ladies who we began chatting with while we were waiting.  They were in from Atlanta at a teacher's conference.  We had a great time with them. 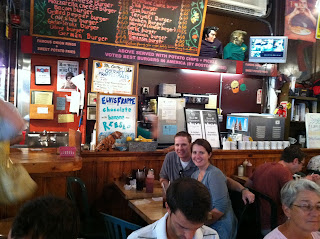 From there, we headed to Cheers.  We found parking right in front and went in.  It was really dissappointing.  Norm wasn't anywhere to be found!  Megan used to go to bed each night as a kid when the Cheers theme came on.  When we first got married, we would watch it before going to bed so we are kinda attached to it.  Anyway, the downstairs bar that the show was based on is called the Bull and Finch.  It's down some stairs just like in the show but much less spacious.  We poked our heads in and walked back up.  Upstairs, there's something called the "Set Bar", which looked nothing like the set, and a gift shop with all things Cheers.  We spent all of 10 minutes there and moved on a little sadder. 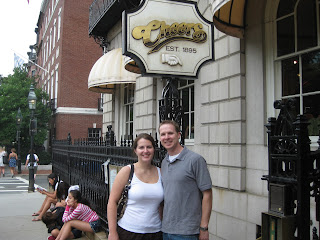 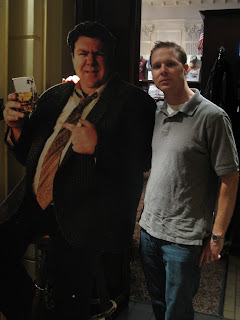 After navigating downtown Boston at rush hour on a Friday, we managed to get out of town.  On the way down we noticed something new.  The side of the road that we call the "shoulder" is called the "breakdown lane".  Apparently from 3pm-7pm M-F you can drive on it.  So, as we are headed down, the 2 lane road becomes a 3 lane road.  Very strange.  Not sure where you go when you break down though.

We made it to the airport and dropped the car off and made it to the ferry on time.  We arrived in Nantucket and walked a few blocks through town to our inn, 76 Main, where we quickly collapsed from exhaustion. 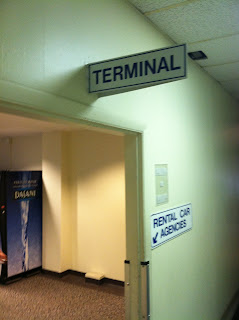 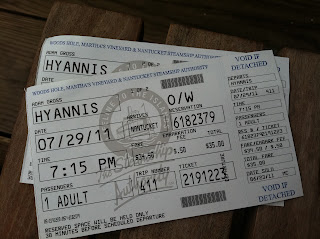 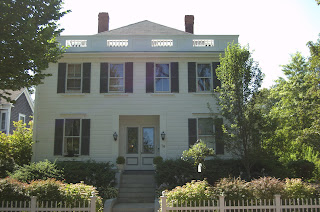